BOLIVIA’S BIG DAY FOR BIRDERS By Shalynn Pack The Big Day – it’s the World Cup of birding, the day in which birders around the world spend all day trekking through the rain, snow, heat, and insects to try to document as many bird species as possible in just 24 hours. Bolivia started participating in […]

By Shalynn Pack By trade, I am a wildlife conservation scientist – I study species of birds, mammals, and amphibians to understand how we can ensure their survival into the future in this human-dominated world. By soul, I am a spiritual seeker – I search for ways we can deepen our connection to the planet, […]

The strange sense of humor of Ayahuasca

THE STRANGE SENSE OF HUMOR OF AYAHUASCA Even if you’ve tried Ayahuasca before, you never exactly know where she will take you. Every time it’s a journey into the unknown. You could be transported into otherworldly realms beyond time and space, or you may feel no effect at all. After five months of exploring South […]

SEARCHING FOR JAGUARS By Shalynn Pack, Conservation Scientist The largest and most powerful cat in the Americas. Black panther. Panthera onca. Jaguar. The name “jaguar” comes from the indigenous name “yaguara,” meaning “he who kills in one leap.” A powerful cat and the top predator of Central and South America, the jaguar has inspired humanity […]

WILD COCOA FRUIT A Story of Wild Cocoa in the Bolivian Amazon  Miguel Palomeque is perched on a large, dry, fallen tree trunk on his cocoa plantation, El Paraíso, situated in the jungle close to a tributary of the River Beni, near Carmen del Emero, a community in the Ixiamas district. He explains that last […]

Curiosities of the Amazon

CURIOSITIES OF THE AMAZON     Did you Know? The Bolivian hero in War of the Acre was a Tacana Indian named Bruno Racua. Using flaming arrows, he led the retaking of Bahia, nowadays Cobija the capital of Pando, letting the Brazilian troops escape.       Did you Know? The first car that arrived […]

THE UNTOLD STORY OF RIBERALTA AND THE AMAZONIAN IDENTITY According to the standard written history of Riberalta, Amazonian Bolivia began after the arrival of rubber prospectors towards the end of the 19th century. Before that, it was an “empty space”.  This story effectively erases the presence of the original inhabitants of the Bolivian Amazon. Few […]

AYAHUASCA ARTIST: DAVID ESQUIBEL David was born in Pucallpa in the central Amazon in Peru. His parents were farmers, working on a slash and burn plot in the jungle. David and his 7 siblings were raised by his mother and uncle, ayahuasca visionary artist Pablo Amaringo.  In 1988, when his uncle Pablo started the Usko-Ayar […]

Bolivian Amazon Territory While many may believe Bolivia to be an Andean Nation, in reality, Bolivia is the country with the greatest part of its territory in the Amazon Basin. According to data from the Amazon Cooperation Treaty Organization, the Bolivian area of the Amazon covers 824,000 square kilometers, representing 75% of its national territory […]

RIVER DOLPHIN IN BOLIVIA River dolphins of Asia and South America are one of the most endangered species in the world. Their principle threats are man-made and include negative interactions with fisheries, poisoning and hunting by fishermen, river pollution and hydrocarbons, and fragmentation of their habitat due to dam construction. They are considered to be […] 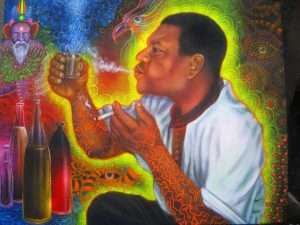 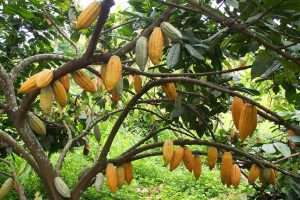