The city of Riberalta is located on the northeast side of Bolivia, where the rivers Beni and Madre de Dios converge, some 130 meters above sea level.  Riberalta was originally inhabited by the Cháscobos and Pacahuaras, natives who called it “Pamahuayá”, which means “place of the fruits”.  Bolivian Anthropologist Wigberto Rivero determined that the area was once populated by indigenous groups of the Pano family; which belong to the native Pacahuara, Chacobos, Caripunas, Sinabos and Perintintin. These same people lived for thousands of years resisting attacks from the Incan Empire and western settlers.

The first colonizers arrived 1882. 12 years later (1894), the Bolivian government officially recognized this blossoming villa as the town of Riberalta.  Since then it’s become an economic, social, cultural and demographic center of the Amazonian Bolivia. Riberalta is the center of economic activities for the region; first during the peak of the rubber industry and later with the production of Brazil-Nuts and tourism. As of 2016, the population of the city is estimated at 100,000 people.

Landscape and biodiversity can be admired through trips down Riberalta’s many rivers.  Guests who enter Riberalta’s Amazonian forest will encounter a vast variety of centenary trees such as Almond trees, Rubber trees, Tajibo trees and Mapajo.  Orchids are also found in a wide spectrum and there is also the possibility of finding animals in their natural environment such as tigers, monkeys, parabas, tapirs, red brockets, lowland pacas, parrots and other species.

With a warm and humid climate, it currently offers a wide variety of natural tourist attractions that conform wonderful natural landscapes.

For more information on Riberalta see: 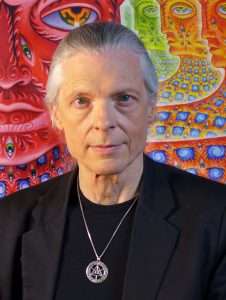