The largest and most powerful cat in the Americas. Black panther. Panthera onca. Jaguar.

The name “jaguar” comes from the indigenous name “yaguara,” meaning “he who kills in one leap.” A powerful cat and the top predator of Central and South America, the jaguar has inspired humanity for thousands of years as a symbol of power and strength; for the Maya, the jaguar even facilitated communication between the living and the dead.

For me, the jaguar represents a healthy Earth, a tropical ecosystem in balance. I’m a wildlife conservationist, and I’ve come to Pisatahua Plant Medicine Retreat to search for the jaguar, and document its presence within the Lago Aquicuana Reserve. Here, they know him as “el tigre.”

As soon as I arrived to Pisatahua, I began to hear stories about el tigre – this uncle had killed one last year when it passed near the road, this family had seen one two weeks ago, and the Pisatahua co-founder, Erik, had spotted a track in front of Cabin 3 just last week. Many said that the Lago Aquicuana and Pisatahua area was full of jaguars, but it had never been documented.

Historically, jaguars roamed from the southwestern United States through Central America and the Amazon basin to the Rio Negro in Argentina. Today, they’ve been eliminated from over half of their historic range, and their populations are estimated to have declined about 25% in the past 20 years.

Globally, jaguars are listed as Near Threatened, and when agricultural deforestation and poaching arrive to a forest, typically jaguars are the first species to disappear. Could Pisatahua, a natural refuge on the edge of human development, be an important safe haven for jaguars?

I met with the town president, Isaiah, who had grown up tapping rubber trees from this area’s forests. He knew the jaguar well, and he explained that el tigre lives in areas with dense forests, water access, and with a sufficient prey base. Here, they prey on white-lipped and collared peccaries, agouti, red brocket deer, and the nocturnal paca. At dawn and dusk, they will roam through and defend their territory of an average size of 25-40km2.

With this in mind, Isaiah would take me out on his canoe, crossing to the northern remote edge of Lago Aquicuana, to place my motion-sensitive camera traps in el tigre’s favorite habitat. If we had any luck, when we returned in 2 weeks, we’d have photos documenting this jaguar’s journey.

We pulled ourselves through the thick reeds at the edge of the lake to dock the canoe. We landed into a dense thicket of jungle, with long vines held up by enormous ceiba and ajo trees, each small shrub home to some buzzing insect and alarm-crying bird, announcing our presence in their land.

Isaiah showed us rubber trees with cut marks, explaining how he and many in his community used to harvest rubber here, which was a major source of local income until the price dropped recently. Now, local people rely on the Brazil nut, which they harvest from wild trees and sell for processing in Riberalta.

We followed Isaiah’s quick pace through the forest, ducking under downed trees and walking through deep puddles – it was the end of the rainy season, and much of the forest floor was still flooded. Isaiah showed us a singular jaguar track at the bottom of a puddle.

He explains that jaguars live alone, only forming groups of mother and young. After a 100-day pregnancy, she will give birth to two to four cubs, which will stay with her for up to two years. If she’s left alone, she may live 7-15 years in the wild, raising perhaps 15 young over her lifetime.

The good thing about el tigre, Isaiah says, was that he means no harm. He did not attack the people and was quite shy, quick to run away upon sighting a human. He had seen a tigre in this very forest years prior, lying in the shade – upon first sighting Isaiah, he ran away. People here will shoot a jaguar upon sight, he says, because they’re concerned for their livestock and children. Here, though, they don’t kill jaguars to sell.

As human populations grow and expand out farther into jaguar territory, the two top predators of the Amazon – humans and jaguars – are coming into increasing conflict. When humans reduce local wildlife populations through deforestation or hunting – the two biggest threats to jaguar survival – jaguars have fewer prey items to survive upon, and are more likely to prey on domestic livestock. Jaguar killing by cattle ranchers and by poachers, many of whom sell pelts and parts to international buyers, have greatly reduced jaguar populations. In other natural areas not far from Riberalta, an increase in the Chinese fang trade adds an imminent threat to an already suffering jaguar population.

We placed the camera traps and headed home. Over the next two weeks, jaguars were constantly on my mind. Aquicuana Reserve protects 200km2 of forest; so, based on previous studies of jaguar home ranges, that means a maximum of 2-6 jaguars could hold territories within the reserve. To the west of the Reserve, however, lies the Rio Beni, and beyond that, lay thousands of kilometers of intact tropical forest, only lightly used for wild Brazil nut harvesting. Jaguars could disperse into the Reserve from these lands.

A male jaguar had recently attacked local livestock and had been shot. I thought of how he was killed to keep the town safe, but ironically, studies have shown that killing him may actually have the opposite effect: when a male jaguar is killed, his forest territory is now open, and on average, 3-4 young male jaguars will move in to fight and claim this territory, actually creating more potential for human-jaguar conflict.

Cattle ranchers and rural communities throughout the Amazon have found ways to coexist with jaguars. Cattle ranchers can drastically reduce jaguar predation by moving their livestock into corrals at night, keeping them away from riverside forests. They can light their corrals and place opaque plastic around them, making it less likely that a jaguar will approach. Some ranchers have even begun to paint their cow’s butts with eyes, making the jaguar think it’s being watched!

I have hope that with Pisatahua’s conservation and sustainable development initiatives in the local communities, we can help local people learn to better coexist with jaguars. It’s not often understood that jaguars can actually help people – they keep the ecosystem healthier by killing sick wild animals that carry bacterial diseases that can spread to livestock and people. (In fact, disease kills far more livestock that jaguars do.) And, with Pisatahua’s new community tourism project, jaguars could start bringing in revenue for local people.

When we returned to the camera traps, nerves were high. Camera #1, placed on a giant ajo tree – no luck. Camera #2, placed on a tall-grass path through the forest – no dice either. On the way to camera #3, Isaiah spotted at least 15 jaguar tracks! A mother and her young had walked through here, and by the age of the track, they had passed by very soon after we had placed the camera traps. Indeed, one jaguar track lie within our own footprint!

Yet….the tracks started to turn away into the forest, and by the time we reached camera #3, we saw that the tigre had not walked by our trap. I left giddy, though, knowing that at least one family of jaguars lives within this forest, creating a new generation of jaguars within Aquicuana Reserve.

This jaguar’s face shall remain a mystery, but her presence continues to inspire us at Pisatahua. 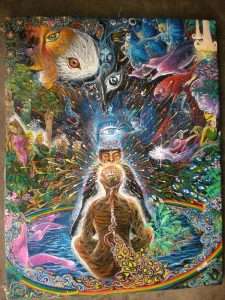 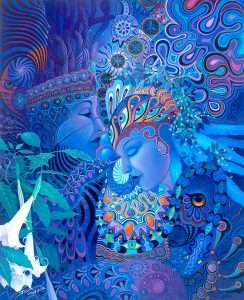